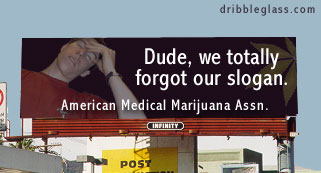 Freedom and Liberty are often objectionable or by definition they wouldn't exist. When you attempt to sanitize them,
they dissolve.
-- Dan Townsend

The general group think today should be able to eliminate freedom and liberty, within our grandchildren's lifetime, if left unchecked. We all say we believe
in freedom and liberty but don't mind restricting someone else's if it fits with our personal perception of what is right.

Our government has been infused and tainted with communist and extreme fundamentalist thought promoting a perception our founding fathers never had, and in fact, warned against. Our government and religious leaders supported by insurance companies and others, have decided that drugs, gays, Americans who choose to live together, and others, are a threat to American Society. In the past it was blacks, Chinese, Irish, and Women who were the threat. History indicates it takes a lot of work from well meaning citizens to force a free society to be one. Families need to be left to determine, and define, a family not insurance companies, the church, or the federal government.

In addition, land of the free and home of the brave is out! We'll give it all up for a little safety and security because we're afraid.
Washington DC looks like an armed camp for God sake! I'd say the gangs and the terrorists have already won if I didn't have such faith in the American spirit.

It's maybe a little interesting when one considers that neither gangs nor churches pay federal taxes... Hmm...

Isn't the war on drugs really just a war on people who's skin is black or brown?

Didn't we learn anything from the prohibition of alcohol in the twenties? Make them legal, they'll be cheap, gangs will be out of business and dry up and blow away. Stupid people can take drugs until they kill themselves and are out of the gene pool.

OUT OF THE POOL DUMMY!

The war on drugs has done zero to help our citizenry or society. It has increased the cost and size of government, it has increased violence. The war on drugs has been a boon to gangs by boosting their income and ability to recruit. We are filling our prisons with young black and brown males and have completely decimated their families and communities. There is not a single argument that can logically and reasonably explain the war on drugs in a "free" society.

Women are Smarter than Men...

A woman and a man get into a car accident, and it’s a bad one.

Both cars are totally demolished, but amazingly neither of them is hurt.

After they crawl out of their cars, the woman says;

"So you’re a man, that’s interesting. I’m a woman . . .
Wow! Just look at our cars. There’s nothing left, but
fortunately we are unhurt."

She sighs and adds;

"This must be a sign from God that we should meet and be
friends and live together in peace the rest of our days."

"I agree with you completely; this must be a sign from God!"

"And look at this - here’s another miracle. My car is
completely demolished but this bottle of Mogen David
wine didn’t break. Surely God wants us to drink this
wine and celebrate our good fortune."

Then she hands the bottle to the man.

The man shakes his head in agreement, opens it and takes a few
big swigs from the bottle, then hands it back to the woman.

The woman takes the bottle, immediately puts the cap back on,
and hands it back to the man.

"Aren’t you having any?"